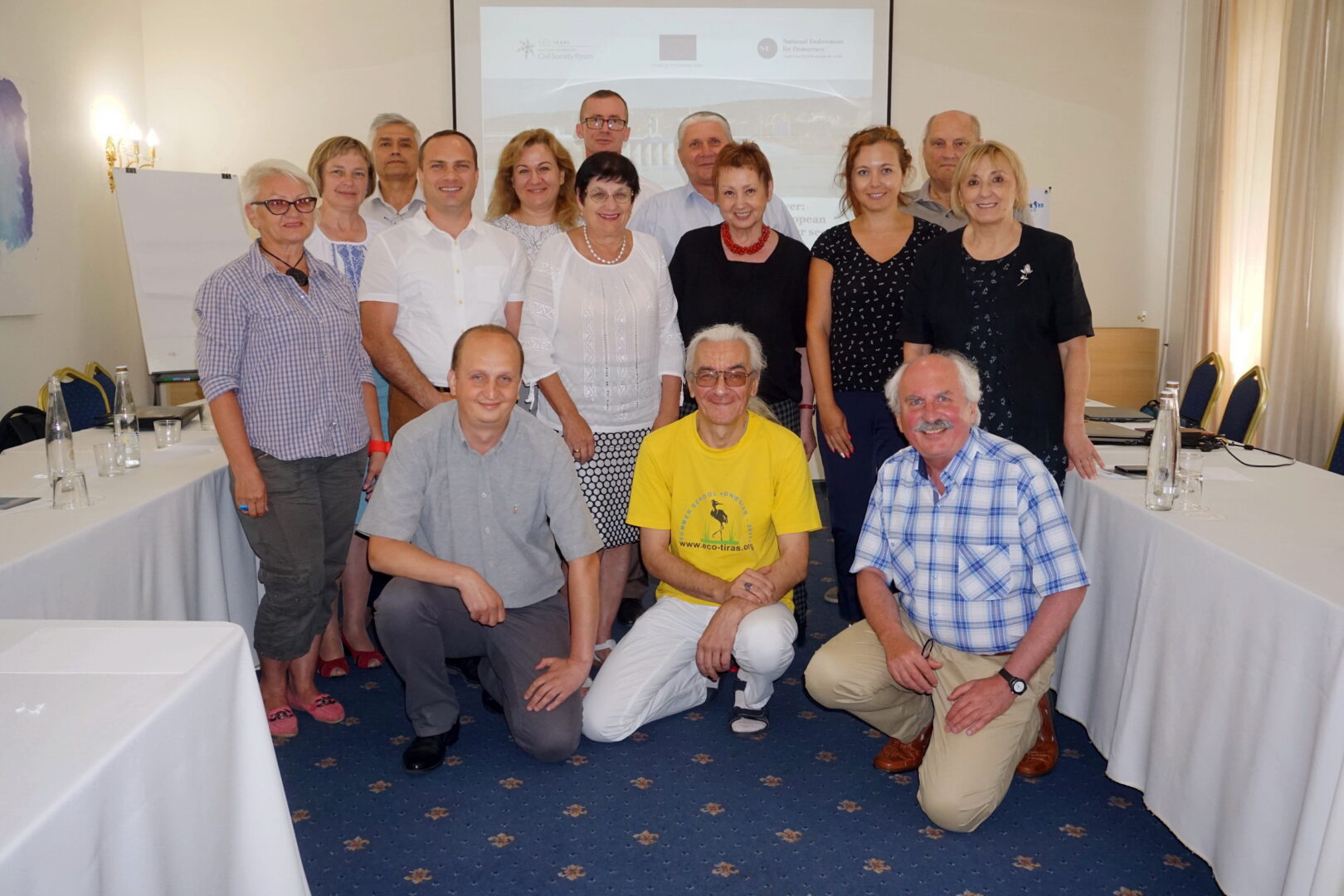 The implementation of the ecosystem approach into environmental impact assessment procedures for hydropower projects in Ukraine and the Republic of Moldova is rather slow. This makes it impossible to obtain objective environmental data in the process of evaluation of small and large hydropower projects that have been actively promoted in the Dniester river basin in the recent years.

Ecosystem services of rivers remain underestimated. There are no commonly accepted methods of economic evaluation of these services. Moreover, when assessing the impact of hydropower on the environment, the list of ecosystem services of the rivers is not even defined, which may lead to their loss in future and for the inhabitants of the basin – the deterioration of living conditions in general. The gaps in the assessment of ecosystem services and ways to implement the ecosystem approach into hydropower projects were discussed on 28 June 2019 in Chisinau; the results of the discussion were summed up at a press conference.

Ilya Trombitsky, Executive Director of the International Ecological Association of Guards of the «Eco- TIRAS»: «The state of implementation of the European requirements for the development of hydropower in the countries of Eastern Europe, which should contribute to improving the situation of cross-border cooperation between Moldova and Ukraine on water resources management, was considered at the seminar. Experts are paying particular attention to developing policies that will help hydropower become more eco-friendly».

The ecosystem approach is implemented by the Convention on Biodiversity (1992), its application is aimed at achieving a balance between three objectives: biodiversity conservation, sustainable use and equitable distribution of benefits from the use of natural resources.

Ruslan Havryliuk, Head of the National Ecological Center of Ukraine: «The Eastern Partnership countries – Armenia, Azerbaijan, Moldova and Ukraine are parties to the Convention on Biological Diversity, which defines their commitment to the implementation of the ecosystem approach and ecosystem services, the development of relevant national strategies and action plans. At the same time, the analysis conducted by project experts shows that such devotion remains insufficiently fulfilled in practice».

During the seminar, the achievements of Ukrainian-Moldavian cooperation in the Dniester River Basin were discussed. Radu Cazacu, Deputy Director of the Republic of Moldova Water Appele Moldova, noted the significant progress and good relations of the countries within the framework of the work of the Dniester Basin Commission and emphasized the need for conferences to determine further steps for the preservation of the Dniester ecosystems.

Elena Zubkova, the Corresponding Member of the Academy of Sciences of the Republic of Moldova, has focused attention on the negative impacts of the potential construction of six plants on the Dniester river: «I am convinced that the problem needs to be solved at the political level, because environmentalists have already understood the full scope of the influence of hydropower stations on ecosystems.  And Ukrainian partners see what is happening».

Galyna Protsiv, the expert of the project from the National Ecological Center of Ukraine, believes that if the intention to build new hydropower plants on the Dniester river is realized, there will be a risk of deterioration of the ecosystems of the entire basin and a powerful negative impact on the population: «the local population is extremely indignant at these intentions. People have become more informed through the activity of the public sector and the scientific community. When making decisions, it is necessary to take into account the opinion of the population, whose interests will be affected in the first place».

The Euro-integration commitments of Ukraine and Moldova can contribute to the application of the ecosystem approach. Viktor Melnychuk, Water Resources Coordinator of the National Ecological Center of Ukraine and a project expert, said: «Ukraine and Moldova have obligations under the Association Agreements with the EU, as well as are parties to international conventions, protocols, etc. In line with these commitments, democratic reforms, which promote dialogue in the water sector between ecologists, authorities, the public, scientists and other stakeholders, are taking place in our countries. The presence of dialogue is a good basis for the application of the ecosystem approach in the decision-making process on the hydropower development, as well as the introduction of integrated water resources management».

The workshop was conducted by National Ecological Center of Ukraine and International Association of River Keepers «Eco-TIRAS» within the framework of the project ” Ecosystem approach to hydropower: facilitating the implementation of European requirements to the development of hydropower sector in states of Eastern Europe Partnership “.

The project benefits from support through the EaP Civil Society Forum Re-granting Scheme (EaP CSF Re-granting Scheme) and is funded by the European Union as part of its support to civil society in the region. Its contents are the sole responsibility of National Ecological Centre of Ukraine and Project’s partners and do not necessarily reflect the views of the European Union.

Information of the National Ecological Center of Ukraine