River ecosystem services are left out of consideration when considering projects that can affect river ecosystems, even in the case of hydropower projects that have the greatest impact on the state of rivers. Insufficient attention to ecosystem services in the development of hydropower, in particular in the procedures of environmental impact assessment and strategic environmental assessment, leads to the degradation of ecosystems in the implementation of projects and, as a consequence, the loss of ecosystem services of river basins. Ukraine and other countries of the Eastern Partnership need to implement practical tools for mapping and assessing ecosystems and their services – and the European experience gained in implementing the biodiversity strategy will be useful here.

At the national seminar of the project conference “Ecosystem Services and Hydropower: Pilot Use of European Instruments in the River Basins of the Eastern Partnership Countries”, held on October 16, 2020 in Uzhhorod, Ukraine, project experts presented methodological approaches to identification, mapping and assessment of ecosystems and their services, as well as the features of their use to assess the environmental impact of hydropower facilities. The participants of the seminar got acquainted with the modern concept of ecosystem services of river basins and European tools for their assessment, as well as with the results of pilot mapping of ecosystems for the Uzh River basin. Project experts from other Eastern Partnership countries – Azerbaijan, Armenia and Moldova – shared their experience in identifying river basin ecosystem services related to the impact of hydropower in their countries. The seminar was attended by representatives of civil society, local authorities in the field of environmental protection, scientists, a total of more than 15 people.

In his welcoming speech, the project coordinator Ilya Trombitsky, Executive Director of the International Ecological Association of Eco-Tiras, noted the importance and urgency of applying the ecosystem approach to assessing hydropower projects and tools for assessing the impact of hydropower on ecosystem services, taking into account plans for active development of hydropower in the countries of the Eastern Partnership region. Hydropower projects have a significant impact on ecosystems, these impacts are felt by the inhabitants of the basin who use certain ecosystem services. However, this impact remains invaluable because the necessary tools are lacking and its consequences are not offset.

The hydrological network of the Carpathians is the densest in Ukraine, but insignificant differences in altitude in the Carpathians lead to the construction of the MHPP using the supporting derivation. Thus, the river is segmented by a retaining dam, and part of the water is diverted into a derivation channel or pipe, leaving in the lower reaches the insufficient amount of the water in the riverbed – said Oksana Stankevich-Volosyanchuk, NGO Ecosphere (Uzhhorod). The Uzh River is no exception, on which a bypass canal and two hydroelectric power stations were built in the 1930s. As a result, there was a transformation of ecosystems in the area of ​​the dam and downstream, which in particular affected the quality of water in the river, the state of biodiversity, including ichthyofauna, avifauna and more. The biodiversity of coastal habitats was also affected by the damming of the right bank, which in particular prevented the river from spreading during floods. As a result of the influence of hydraulic structures, the Uzh River near the city of Uzhhorod has acquired the characteristics of a flat river, has lost its ability to self-clean, loses recreational functions – says the biologist.

Olga Kazantseva, expert of the International Environmental Association of Eco-Tiras: NGOs around the world oppose the recognition of hydropower as a “green” renewable energy source and oppose the encourage of its further development under the Paris Climate Agreement and other UN institutions. There are less than a quarter of large rivers left in the world that remain unblocked by dams. In her presentation, Olga Kazantseva on the example of the transboundary Dniester River noted that despite the significant role of hydropower in ensuring energy security, its development leads not only to positive but also to negative consequences that cause irreparable damage to aquatic ecosystems and their ecosystem services – the benefits that humans receive from ecosystems. It is important to assess these benefits in terms of their economic value, because the main reason for ecosystem degradation is the underestimation of their real economic value, the cost of natural resources and services in general. At the same time, the standard practice of HPP impact assessment does not sufficiently take into account the relationship between biodiversity and the functioning of ecosystems with livelihoods, which requires further implementation of the ecosystem approach in the assessment of the consequences of hydropower projects.

Proposals for the implementation of the ecosystem approach to hydropower, proposed by NGOs in the framework of the project “Ecosystem approach to hydropower: promoting the implementation of European requirements for hydropower development in the Eastern Partnership countries” were approved by the relevant ministry. Aram Gabrielyan, Ecological and Cultural NGO Khazer: As a result of active construction and operation of hydropower plants under the small hydropower development program (the number of small hydropower plants exceeded 190), natural river ecosystems in Armenia have been lost. Dams blocking riverbeds have caused irreparable damage to river ecosystems. Owners of small hydropower plants do not pay for water use. This is “motivated” by the fact that the water resource is not lost and returns downstream to nature. The introduction of a mechanism for calculating ecosystem services and their implementation in the form of monetary compensation must be approved by law and the relevant implementation mechanisms. Hydropower entities must pay the cost of ecosystem services lost as a result of their activities, and the amount of this compensation should be sufficient to restore the ecosystem and the size of ecosystem services.

The main water artery of Azerbaijan – the river Kura, on which a cascade of hydroelectric power plants was built since the 50s of the last century, has also been devastatingly affected by hydropower. Elchin Sultanov, Director of the Azerbaijan Ornithological Society: The result of the construction of a cascade of hydroelectric power plants on the Kuri River is the shallowing of lakes downstream and fed by flood waters. Thus, Lake Ajigabul has practically dried up and, despite a special decree of the President of the Republic, has not yet been restored. Lake Sarysu has become noticeably shallower and instead of 300,000 wetland birds that hibernate here, it is now possible to count 10-20 thousand.

The project experts paid special attention to the technical problems of identification and mapping of ecosystems, which were identified during the preparation of the map for the basin of the river Uzh. First of all, this is due to the lack of an electronic map of landscapes, such as the European one, which is periodically updated under the Copernicus program and is the basis for the map of EU ecosystems. The project experts also noted a common problem for the Eastern Partnership countries, which could be a key obstacle to the implementation of the ecosystem approach – problems with access to information on the state of the environment and the availability of the necessary registers of these environmental parameters in formats suitable for digital processing.

After the seminar, participants visited the dam on the Uzh River, which regulates the operation of the derivation canal and two hydropower plants built on it, as well as inspected the basin of the Uzh River near Uzhgorod.

The presentations of the seminar can be found at the link.

The seminar was conducted by the National Ecological Center of Ukraine and the NGO “Ecosphere” in the framework of the project “Ecosystem Services and Hydropower: Pilot Use of European Instruments in the River Basins of the Eastern Partnership Countries”. 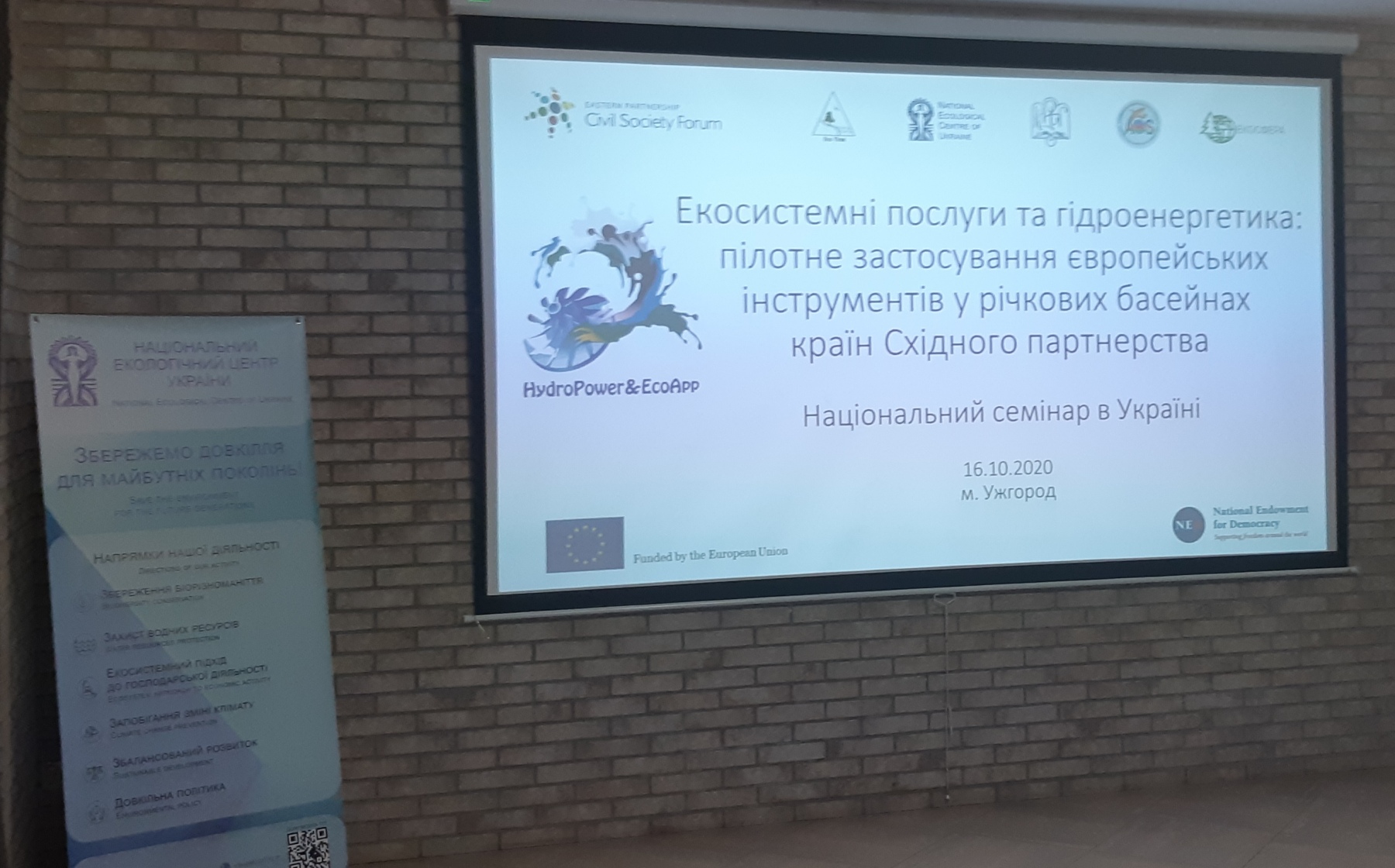 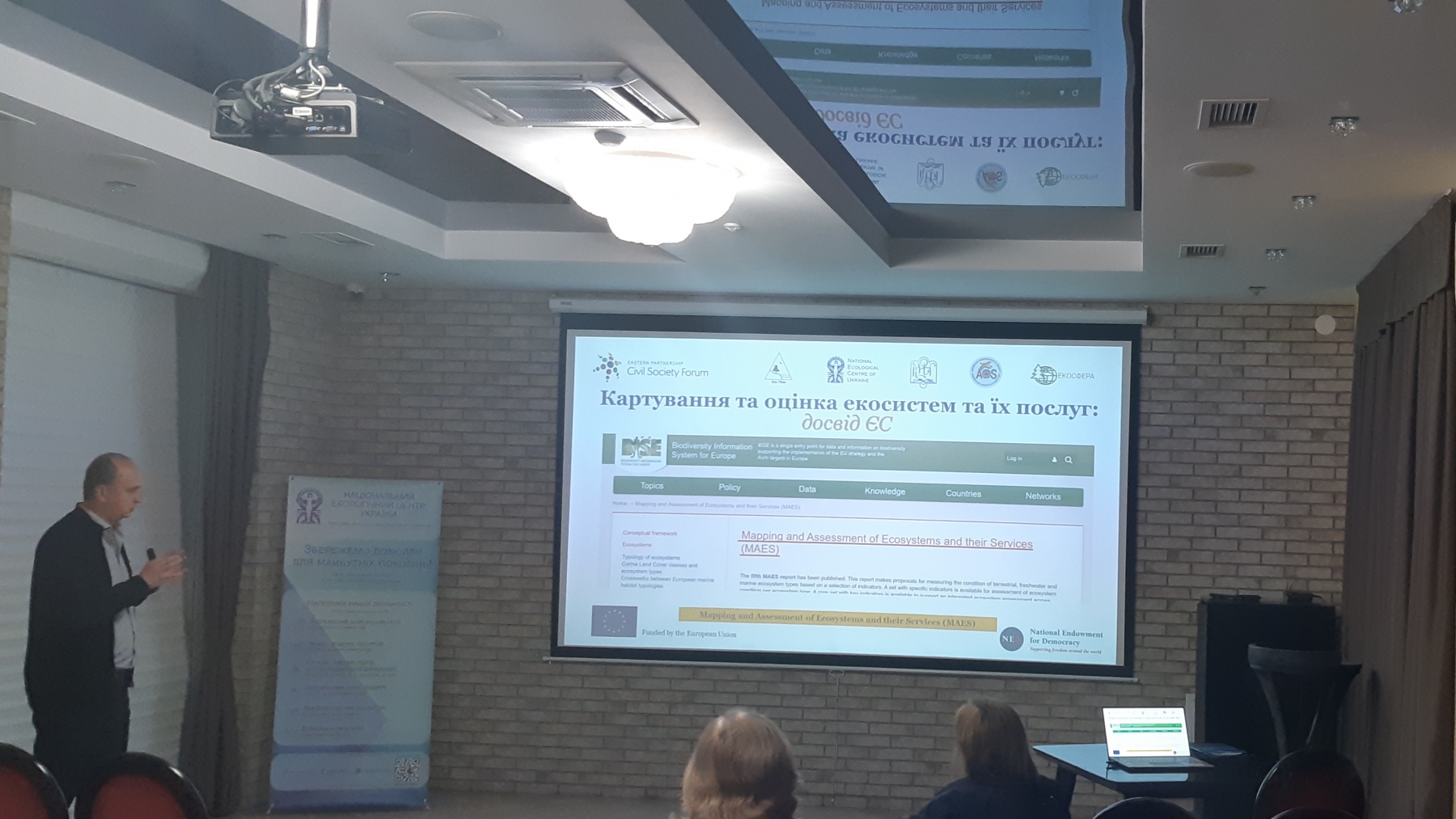 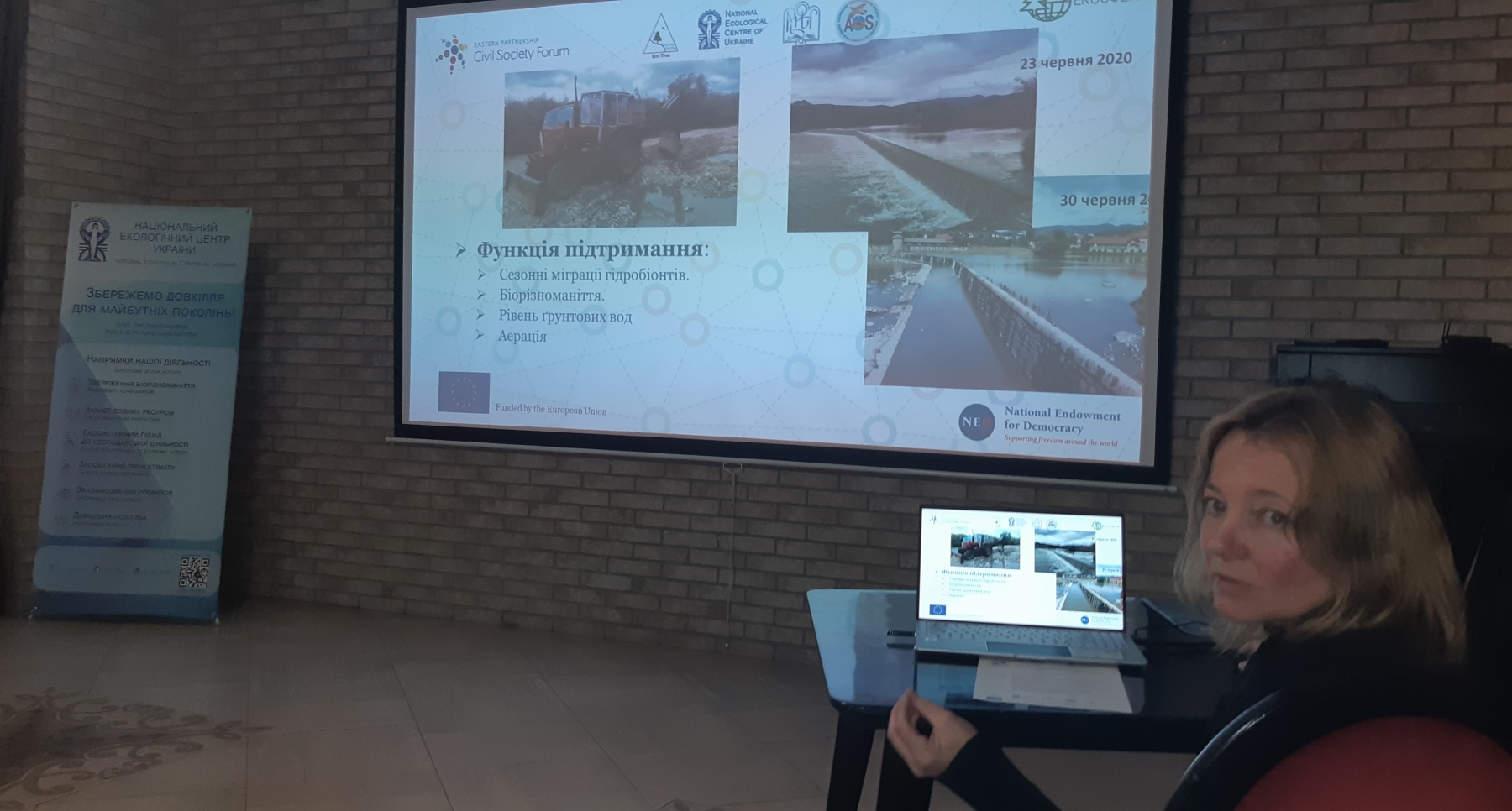 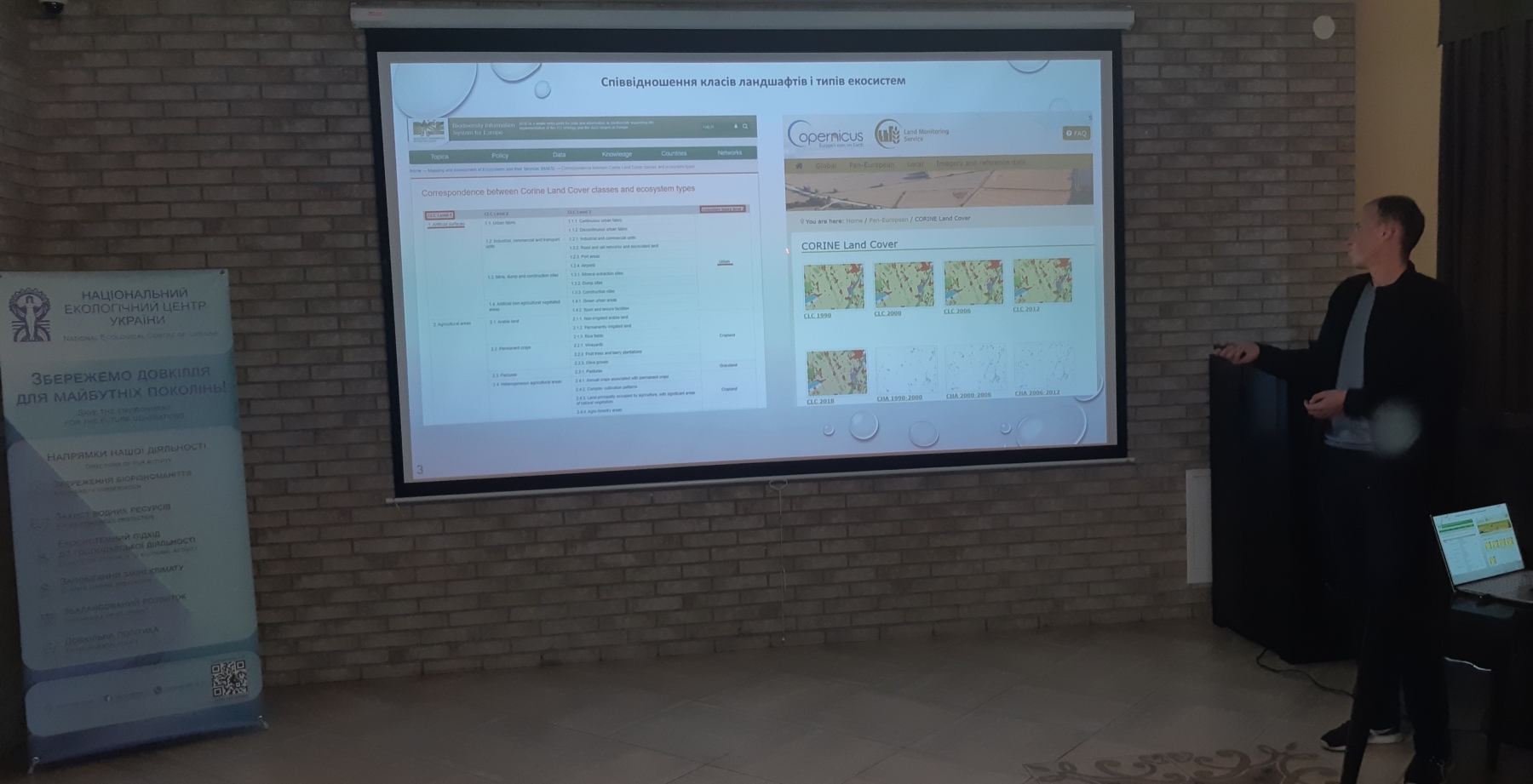 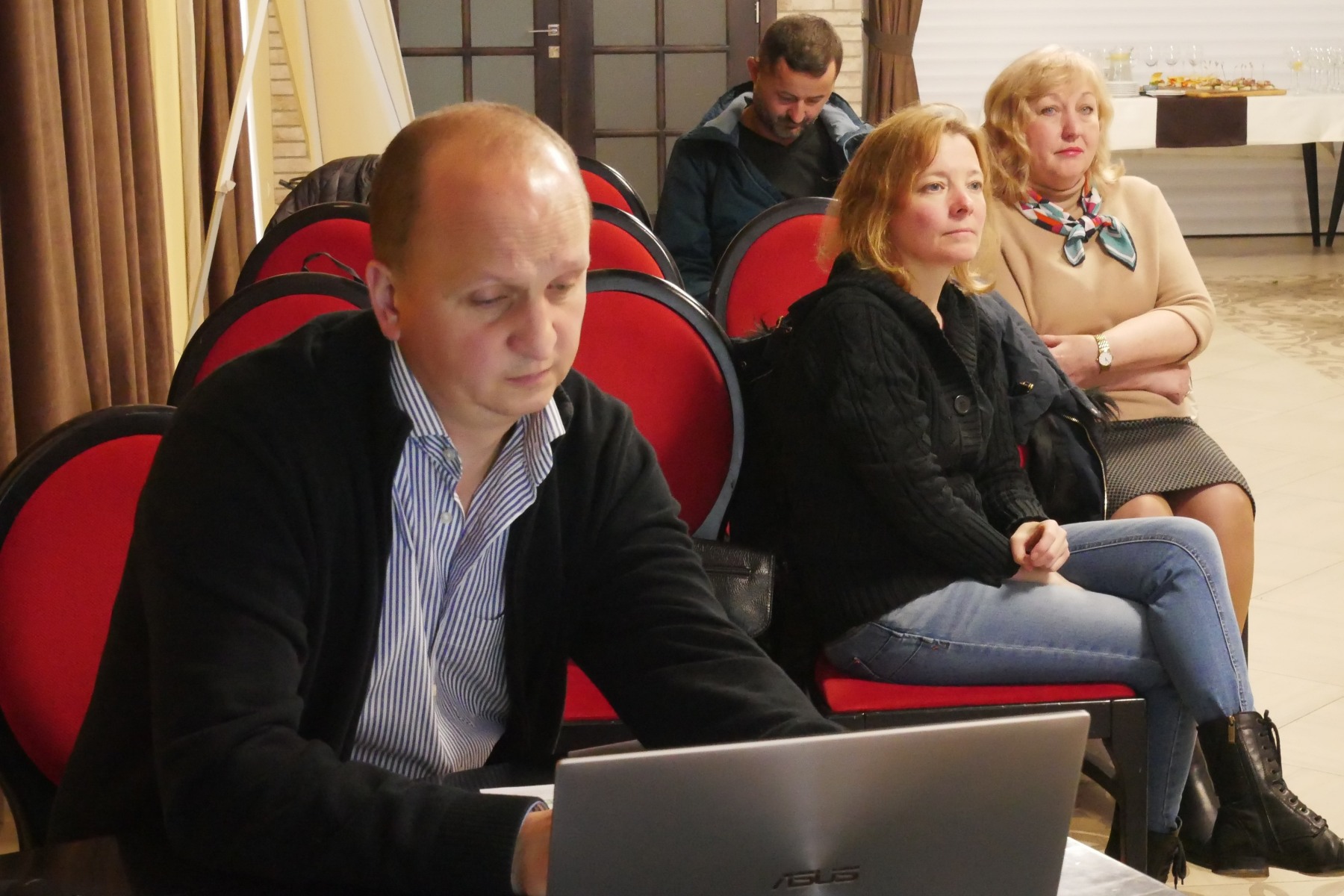 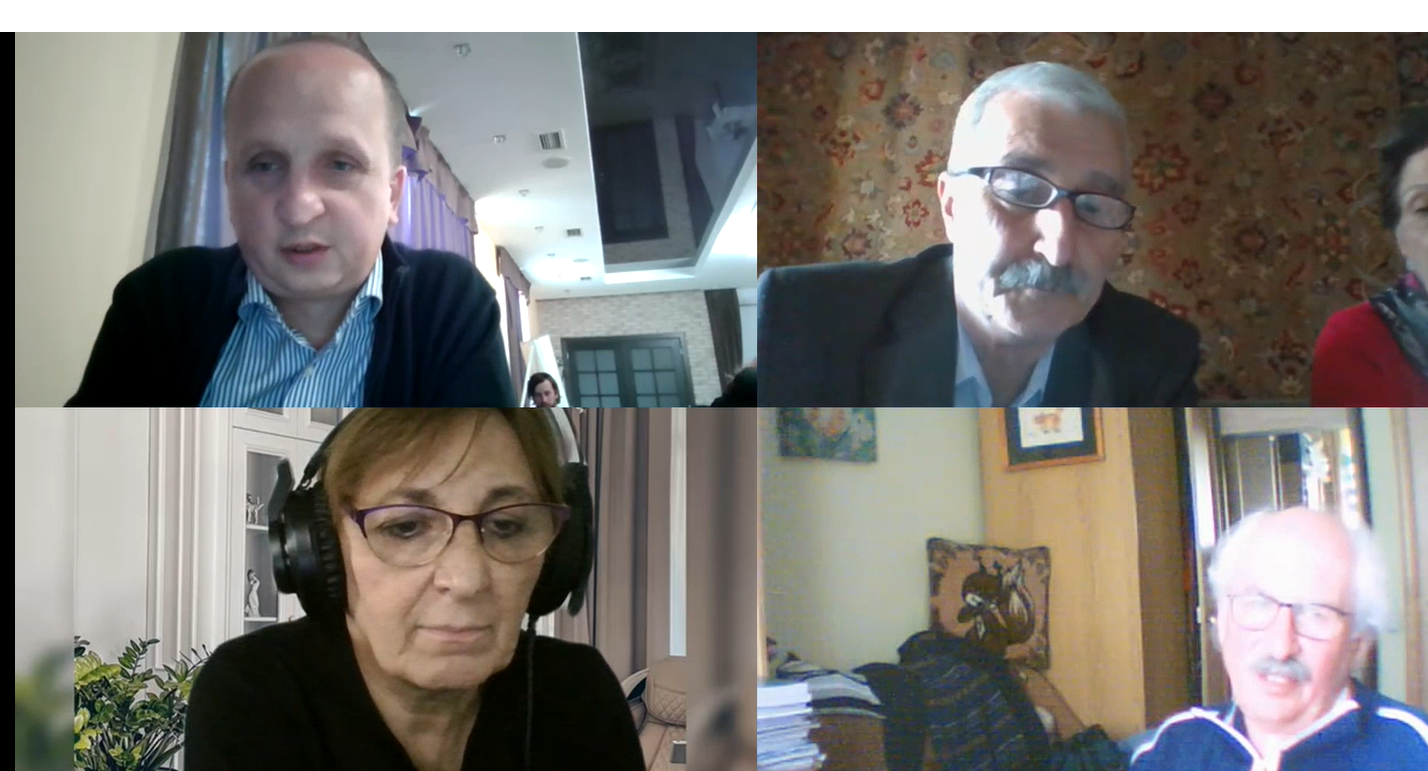 Information of the National Ecological Center of Ukraine